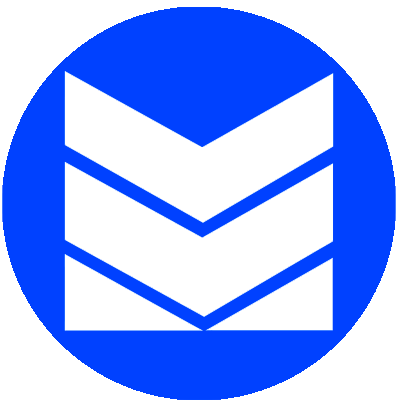 MAIJIN New Gen For The Future and Beyond

The MAiJiN brand ecosystem has been completely overhauled across the online and offline spectrum. Numerous changes have befallen the current creative industry and emerging markets are starting to materialize for the future. For the past year, I’ve engaged in hot fixes and patches on my web platforms to account and adapt to the evolving landscapes, but some months ago, it was evident my entire brand architecture was reaching critical mass where it was beginning to erode effectiveness and pinch my performance, which ultimately would pulverize sustainable growth for the ecosystem I’ve built for over a decade and must continue to manage for the future. With that said, the maijintheartist.com website design has been redeveloped and rebuilt from scratch with a more salient conversion-oriented design, brand language and positioning, color palette, headshots, and the site performance has been significantly improved with less coagulated code. In addition, maijinstore.com is expanding into offering cryptocurrencies, block-chain platforms, and NFTs. My team and I are developing a massive infrastructure and assets to house and distribute into the coming metaverse which I will announce by the end of this year.

Always strive to be better than the person you were yesterday, and always seek to make a platform that you can build your future upon. I am ready to continue the daily the mission and the long drive toward the vision of my future.

Art preview of a character with the working title, ‘Lunker’. As of late focusing not only on ‘uppin’ the ante’ of the painting and drawing skills, but also selling the physical and emotional attributes of my characters hopefully so the audience can feel what im trying to convey.

Illustration of an (augmented human) ex-military outlaw making his last stand after destroying some evil robots in a sea of fire. Before releasing new work I stare at it for DAYS after its done to try to find mistakes, sometimes i find structural/compositional issues i obviously cant change. But for this one, i thought the original version was TOO dark in some areas… i didnt use any references for this, it was all from my mind, so you have to strive for perfection with details. so without going george lucas (starwars) with the changes, i made some lighting adjustments to the rim, bounce, background and fill light and took some of the harshness off the occlusion shadows.

on to the next artwork…

‘Darrell | The Hustla’ an animation concept art piece i designed for a production company who i did several characters for, you can see one of the previous ones here: http://www.maijintheartist.com/cai/. In the design brief they tasked me to mix anime, disney, and hip hop styles into the characters. it was fun to develop my cartoon style a bit more with this project. hope you enjoy this one!

This is ‘CAI’! an animation concept art piece i designed for a production company who saw the ‘button” character i designed for a previous client (See here: http://www.maijintheartist.com/art/button/ ) and they wanted to create something similar to that but with its own distinct style. In the design brief they tasked me to mix anime, disney, and hip hop styles into the characters. it was fun to develop my cartoon style a bit more with this project. I did several characters for them, so look out for those!

I was contacted to work on animation project for a client, the client presented me with a concept design brief which outlined their vision for a dystopian alternate universe/world, but with no solid physical description of the characters, i was tasked to conceptualize both the protagonist (Nero) and ‘Dusk’ who will serve as the antagonist for the story. The client mentioned they would like for me to craft the characters in an “animated/anime style” to give the final art the most concise look for their animation team.

Dusk is a Demon King who is a revered warrior within his dark kingdom, therefore, i designed him with majestic royal armor and created a serpent-like logo for him which is branded in several places throughout the image. I also designed the brand stamped to his forehead which is a demon symbol to illustrate he is a true native of hell. I cant go into detail on what the skull on his scepter signifies yet per the clients request, but it is the skull-head of Dusk’s arch-nemesis which he parades around as a trophy.

There was different vision i had for Dusk based on the client’s instructions and i posted the early concept design sketches here DV1 Concept Sketches. take a look!

See the protagonist of the story here. Nero.

Concept Art preview of The Demon King character i designed for a client’s animation project i was hired to work on. Less tonal value here to achieve that “anime-ish / animation” style. This is the concept design we decided to go with because the client wanted a more medieval fantasy look than the previous anime concept sketches I put together for them.